Check out the Camp Akiva Pool! 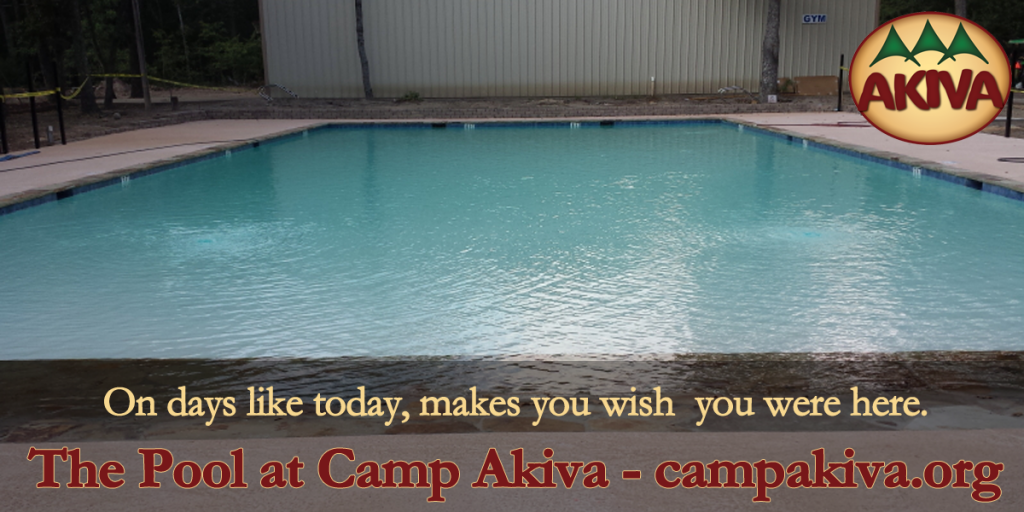 The first year of Royal Family Kids Camp under Our Father’s Children was held in 1999.  There were alot of newness for everyone.  New camp site.  Learning how “to do camp” for a week.  Learning names.  Learning the schedule.  But nothing could have prepared everyone involved for the excitement of “swim time”.  Many counselors had taken for granted how much fun swimming was them.  But to see the look and pure joy on the faces of these children who had been abused, neglected and in some cases abandoned was indescribable.

His name was Dylan.  He was 9 years old.  He had rough upbringing that he would later share with his counselor and the other kids in his cabin.  His dad had physically abused both him and his mom on multiple occasions.  His mom was finally able to escape the abusive home and take Dylan to a house that specialized in caring for abused women.

From the very first moment he got off the big bus at camp, you could sense Dylan was angry and had a chip on his shoulder.  He wanted to be there but finding people he could trust was difficult.  Counselors had difficulty getting him to open up at lunch.  He wanted to carry his own luggage to his cabin even though several volunteers offered to do it for him.  He was guarded to say the least.  But Dylan was competitive as well.  It became obvious the Dylan was an “active” 9 year old boy.  He loved to run up and down the hills at camp.  He ran from one activity to another.  Every time he kept asking “when is swim time”.  He seemed cautious when asking and even somewhat scared.  His counselor asked him if he could swim and even explained how the camp staff would ask him to pass the “swim test” to determine whether or not he could go to the pond where all the big kids went.  Dylan’s unwavering response was “oh yeah, I can swim and I can’t wait to go to the pond.” 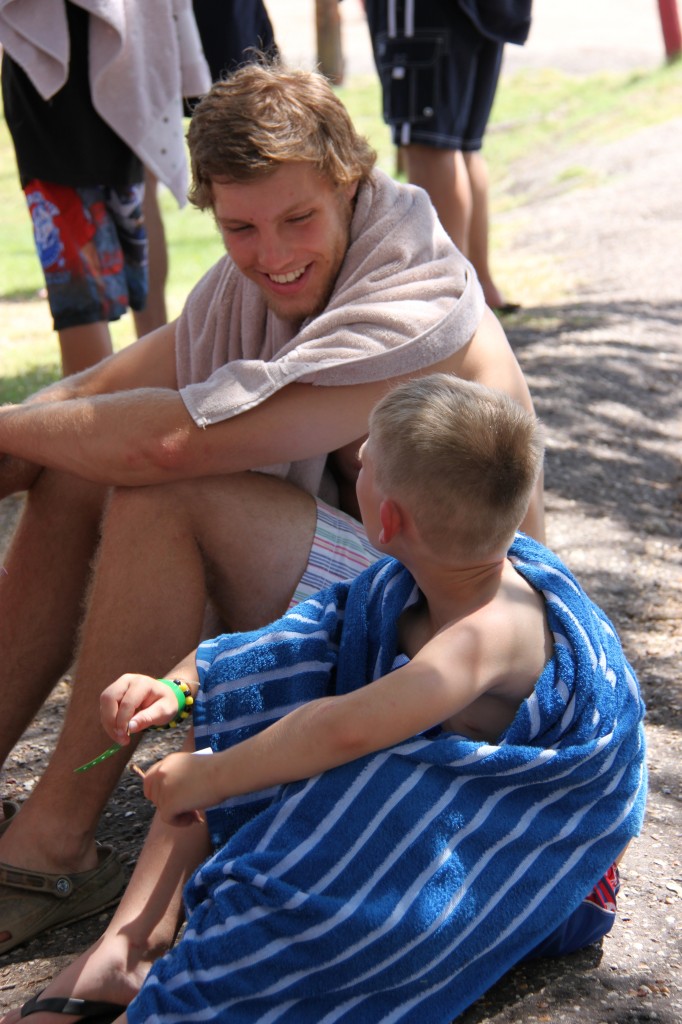 Swim time occurred about 3:30 that first afternoon.  As expected the camp staff life guards were on hand to administer the swim test to every camper.  If you pass, you could swim at the small pool or go to the big pond where the zip line and trapeze were located.  If you didn’t pass, you had to stay at the small pool.  It was Dylan’s turn to take the test.  His counselor was confident based on Dylan’s previous responses.  But something happened.  Dylan said he could swim but what became quickly evident was he had a hard time treading water.  The harder it became, the more frustrated he became.  The life guard gave him several chances but it just wasn’t mean to be.  Dylan would have to stay at the small pool.

And then the time came.  Dylan approached the life guard and asked if he could take the swim test again.  AND HE PASSED!!  Words cannot capture the joy on Dylan’s face when he was awarded the wristband that gave him the freedom to go to the pond “with the big kids”.   For the rest of the week, Dylan’s favorite time of the day was swim time.   Throughout the week, the relationship between Dylan and his counselors grew stronger and a trust factor developed.  It was clear that God used swim time to make Royal Family Kids Camp a special week for Dylan.

Almost 15 years later, the new pool at Camp Akiva is becoming a reality.  Imagine the reaction on the kids’ faces when they see where they get to enjoy “swim time” at camp!   To learn more how you can give to Camp Akiva, click here.